Nominate a colleague for the Famly Children’s Champion 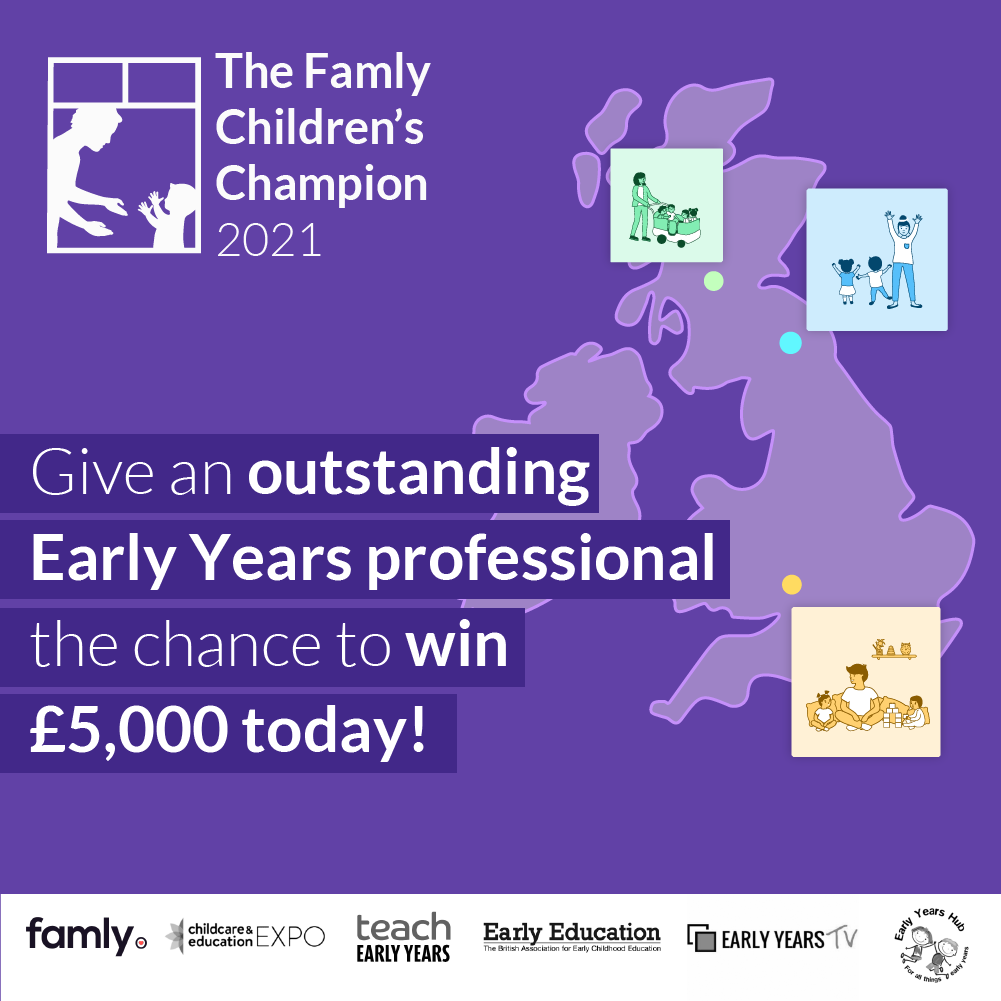 We’re supporting Famly’s Children’s Champion Award 2021 as an opportunity to recognise the work of early years practitioners who have gone “above and beyond” this year to support children and families. Nominate someone you know and they will be in with a chance to win £5,000, a trophy and a year’s individual membership of Early […] 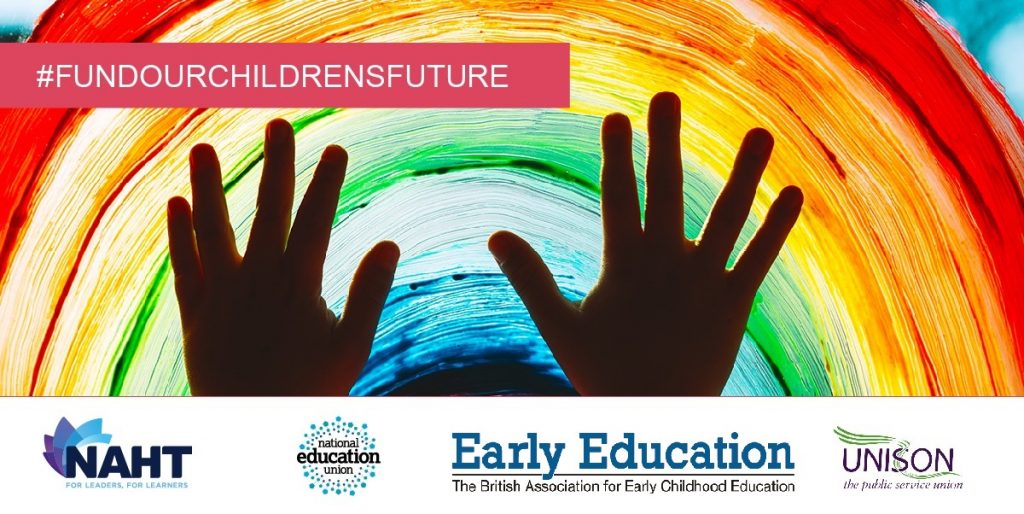 Today (Tues 19 Oct), 150 representatives from maintained nursery schools in England will gather in London’s Parliament Square, alongside parents, campaigners and MPs, before marching to Downing Street to deliver a petition to the Chancellor, calling on him to ‘take urgent action’ over funding. The petition has been signed by over 2,000 school leaders, staff […]

Today, members of the More Than a Score campaign, including Early Education’s Chief Executive, Beatrice Merrick presented a petition of 112,000 signatures to Downing Street calling for the Reception Baseline Assessment to be scrapped. View the coverage on ITV news Daisy Cooper MP, the Lib Dem spokesperson on education and Baroness Blower were present to […]

Parents and educators rally to save nursery schools

We welcome today’s announcement from the Royal Foundation of the launch of its Centre for Early Childhood. The Big Change Starts Small report brings together key evidence about the importance of children’s earliest years and we support its recommendations, especially in respect of strengthening the early years workforce.  It rightly identifies the importance of many different professionals in […]

Despite the Prime Minister’s pledges on Building Back Better and Levelling Up, the resignation of Sir Kevan Collins has highlighted a disturbing truth: supporting babies, children and young people to recover from the impact of the pandemic is still not a priority for Government investment. That’s why we’re joining the National Children’s Bureau and 140+ […]

A new survey carried out by Early Education, NAHT, NEU and UNISON has revealed that over a third (34%) of Maintained Nursery Schools are cutting staffing and services to balance their books as a result of lost income and additional Covid costs, coupled with a lack of certainty over the funding they will receive from spring 2022. […]

Birth to 5 Matters guidance is launched

Following six months of consultation and input from across the early years sector, the Early Years Coalition tonight launches Birth to 5 Matters.  The materials include a core document available as a free download, with printed copies available to purchase, and an interactive online version which includes all the text from the core document, plus additional resources, […]